Our governance is ethical and transparent, ensuring the correct application of the principles contained in the Code of Ethics, in the 231 Organisational Model, in the Sustainability Charter, as well as of the policies, guidelines, procedures, directives and provisions of the Pianoforte Group to which the Company belongs.

Our governance system is inspired by and complies with the Bill of Human Rights of the United Nations, the Charter of Fundamental Rights of the European Union, the fundamental principles and rights at work defined by the ILO (International Labour Organisation), the Guidelines for Multinational Enterprises defined by the OECD (Organisation for Economic Co-operation and Development) and the principles of the UN Global Compact.

The Board of Directors (BoD) is the Company’s executive body and defines the strategic guidelines, principles and objectives of sustainability shared at Group level. The BoD is also responsible for overseeing sustainability issues related to business activity and the Company’s interaction dynamics with stakeholders. 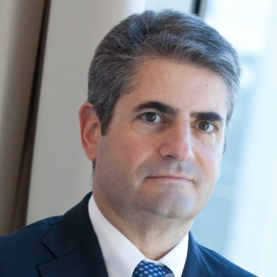 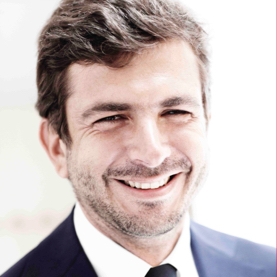 CEO of Inticom and Kuvera, respectively owners of the Yamamay and Carpisa brands.

After graduating with honours in Economics and Business from the University of Naples Federico II, at just 23 years of age, he relocated to the United States to complete a Master’s in Management at Cornell University.

Back in Italy, after gaining various work experience, and with a firm belief in the potential of the retail world and of the underwear market, in 2001 he made the strategic decision to invest, with the help of his family, in a new entrepreneurial challenge, thus giving birth to Yamamay, company of which he has always been the creative and commercial soul. Visionary and intuitive, through his ideas, Gianluigi Cimmino has led Yamamay over the years to carry out a true aesthetic revolution in underwear, and particularly in women’s underwear. The brand’s underwear and beachwear collections have, in fact, become a symbol of sensuality, beauty and feminine elegance in the collective imagination, but also of the modern woman’s awareness of beauty.

Since 2001, he has also been one of the chief executive officers of Inticom SpA and Kuvera SpA, respectively owners of the Yamamay and Carpisa brands, which today boast 1,200 stores worldwide with more than 2,200 employees.

In 2021, Gianluigi Cimmino took part in another major challenge, this time in the world of food: the “Sophia Loren Restaurant” is an ambitious and innovative retail project rooted in the opportunity to provide a singular experience in the restaurant industry.
The project, for the first time in the history of the restaurant industry, was born with the full consent, authorisation and collaboration of the undisputed and timeless Italian icon after whom it is named: the magnificent Sophia.
The first restaurant in the chain opened in Florence in April 2021, the second in Milan in June 2022, to be joined by the one in Bari set to open in December 2022. 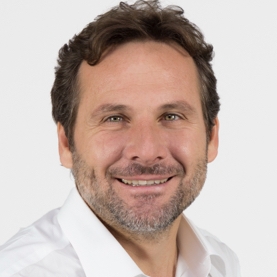 Maurizio Carlino was born in Naples on September 24, 1972. He is married to Francesca and has three children (Lorenza, Fabrizia and Riccardo). After finishing high school in 1990, he joined the family business, supporting his father in the management of the same, where he was able to gain extensive knowledge related to production and commercial techniques in the leather goods and clothing accessories sector. Maurizio Carlino helped direct the family business towards the marketing of these products, gaining in depth knowledge of new markets. Starting in early 1990, he spent long periods of time in China, where he developed a network of qualified and competitive suppliers and materials. He played a prominent role as a founder of Carpisa, an Italian brand leader in bags and fashion accessories, luggage and travel trolleys – Italian design products characterised by a unique quality/price ratio. He was one of the promoters of the creation of Pianoforte Holding which, under its umbrella, includes the Carpisa and Yamamay brands. Today, he still holds the position of Director, along with other managerial positions in Group Companies. Maurizio Carlino is part of and actively collaborates with the A.S.J.A. “Antiqui Societatis Jesu Alumni”, Alumni Association of the Pontano Institute.

Board of Statutory Auditors

The Board of Statutory Auditors is the control body entrusted with the task of supervising the Directors’ activities, ensuring that the management and administration of the Group are carried out in compliance with current legislation and with the Company’s Articles of Incorporation.

Marcello Esposito, born in Naples on March 17, 1972, works as a chartered accountant in Naples.

He has carried out his professional activities at the family firm in Naples – in Via F. Crispi no. 26 – and in Via Posillipo no. 196.

His professional activity is primarily focused on companies and corporate groups, with specific reference to financial statements, tax and corporate finance transactions, sector in which the firm has acquired extensive experience thanks to its participation in numerous financing transactions related to corporate acquisitions, leveraged buyouts and real estate investments.

Marcello Esposito holds, inter alia, the position of member of the Board of Statutory Auditors for the following companies: 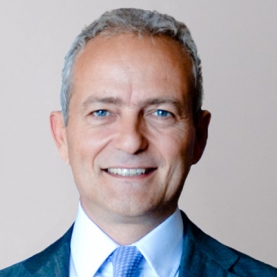 In 1996, Francesco Amyas d’Aniello graduated with honours in Economics and Business from the University of Naples Federico II. In 2002, he obtained his PhD in tax law. From 2005 to 2012, he served as a visiting professor and a professor of tax law for the Faculty of Political Sciences of the University of Salerno, as well as a professor with temporary appointments at the Higher School of Economics and Finance. He has been an auditor since 1997 and has been a chartered accountant since 1999.

He assists domestic and foreign customers in corporate matters and in corporate taxation with specific skills and expertise in extraordinary corporate transactions, in corporate restructuring and in generational transitions. He is an expert in international taxation and has gained significant experience in tax ruling activities and tax litigation. He is a member of numerous boards of statutory auditors and supervisory bodies in companies operating in various sectors. 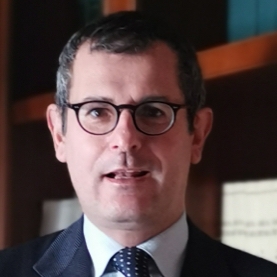 Antonio D’Angelo graduated with honours in Economics and Business and holds a PhD in Economic Law from the University of Naples Federico II, where he also served as a visiting professor for the commercial law professorship with which he actively continues to cooperate. He has been an auditor since 1999 and a chartered accountant since 2001. He is a consultant in corporate matters and corporate taxation for major Italian companies, with special expertise in extraordinary corporate transactions and corporate restructuring. He has also developed particular expertise in the direct taxation and VAT areas, and provides support to clients in tax audits and in litigation proceedings. He is a member of numerous boards of statutory auditors.

Given the importance that Sustainability assumes within our organisation, we have set up a dedicated CSR Working Group within our governance.